Given the proliferation of books and techniques related to trauma, it is difficult to find what really works. In this expertly produced recording you will learn the very latest evidenced-based treatments for trauma from the world’s leading experts.

Continuing Professional Development Certificates - PESI Australia, in collaboration with PESI in the USA, offers quality online continuing professional development events from the leaders in the field at a standard recognized by professional associations including psychology, social work, occupational therapy, alcohol and drug professionals, counselling and psychotherapy. On completion of the training, a Professional Development Certificate is issued after the individual has answered and submitted a quiz and course evaluation. This online program is worth 3.0 hours CPD.

Don Meichenbaum, Ph.D. is Distinguished Professor Emeritus from the University of Waterloo. Ontario from which he took early retirement 20 years ago. He is presently Research Director of the Melissa Institute for Violence Prevention in Miami (Please see www.melissainstitute.org). He is one of the founders of Cognitive Behavior Therapy.

He has presented in all 50 U.S. states and internationally. He has published extensively and most recently published Roadmap to Resilience: A Guide for Military Trauma Victims and Their Families (visit www.roadmaptoresilience. org). His other books include Treatment of Individuals with Anger Control Problems and Aggressive Behavior; Stress Inoculation Training; Facilitating Treatment Adherence; and The Unconscious Reconsidered.

Financial: Donald Meichenbaum is Research Director of the Melissa Institute for Violence Prevention and Treatment. He is the Distinguished Professor Emeritus for the University of Waterloo, Ontario, Canada. Dr. Meichenbaum receives a speaking honorarium from PESI, Inc.

Non-financial: Donald Meichenbaum has no relevant non-financial relationship to disclose.

Edna B. Foa, Ph.D., is a Professor of Clinical Psychology in Psychiatry at the University of Pennsylvania and Director of the Center for the Treatment and Study of Anxiety. D. Foa devoted her academic career to study the psychopathology and treatment of anxiety disorders, primarily obsessive-compulsive disorder (OCD) and post traumatic stress disorder (PTSD) and is currently one of the world's leading experts in these areas. Dr. Foa was the chair of the DSM-IV Subcommittee for OCD. She received her Ph.D. in Clinical Psychology and Personality from University of Missouri, Columbia, in 1970. 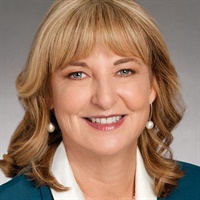 Laurel Parnell, Ph.D., is one of the world’s leading experts on EMDR. A clinical psychologist, she has trained thousands in EMDR in her international workshops. Dr. Parnell is the author of A Therapist’s Guide to EMDR, EMDR in the Treatment of Adults Abused as Children, Transforming Trauma: EMDR, and Tapping In: A Step-by-Step Guide to Activating Your Healing Resources Through Bilateral Stimulation as well as articles and a chapter in the EMDR Casebook. Dr. Parnell is at work on her newest book: Attachment-Focused EMDR: Healing Relational Trauma, which will be published by WW Norton in 2013. Dr. Parnell has served on the faculty of the California Institute for Integral Studies and John F. Kennedy University.

An EMDR pioneer and innovator, Dr. Parnell has immersed herself in the practice and development of EMDR since 1991 bringing a client-centered attachment-focused approach to the work. A frequent presenter at conferences, she has been interviewed for television, radio and print. She maintains a private practice in San Rafael, California.

Financial: Laurel Parnell is in private practice. She receives a speaking honorarium from PESI, Inc.

Non-financial: Laurel Parnell has no relevant non-financial relationship to disclose.