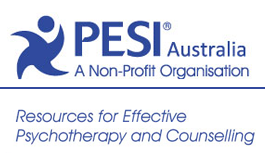 Ethics and Risk Management in Behavioral Health: What Every Clinician Needs to Know About Mental Health and the Law

Watch Attorney Robert Landau and Dr. Frederic Reamer as they collaborate to deliver an interactive, dynamic presentation on ever-changing ethics and risk-management challenges in behavioural health.

Keeping up-to-date is essential to protect your clients and yourself. During this workshop you will gain an understanding of ethics and risk-management challenges related to:

Landau and Dr. Reamer will highlight ethics and risk-management challenges related to your use of technology to deliver services remotely, communicate with clients, and store records.

This is a workshop you do not want to miss...as both presenters will offer practical advice from both the legal and behavioural health points of view to help you stay on top of issues that arise in everyday clinical situations.

Continuing Professional Development Certificates - PESI Australia, in collaboration with PESI in the USA, offers quality online continuing professional development events from the leaders in the field at a standard recognized by professional associations including psychology, social work, occupational therapy, alcohol and drug professionals, counselling and psychotherapy. On completion of the training, a Professional Development Certificate is issued after the individual has answered and submitted a quiz and course evaluation. This online program is worth 7 hours CPD.

Frederic G. Reamer, PhD, has been a professor in the graduate program of the School of Social Work, Rhode Island College, Providence, Rhode Island, for over 30 years. Dr. Reamer received his PhD from the University of Chicago and has served as a social worker in correctional and mental health settings. He chaired the national task force that wrote the current National Association of Social Worker’s Code of Ethics.

Dr. Reamer lectures both nationally and internationally on the subjects of professional ethics and professional malpractice and liability. In addition to ethics, his research and teaching have addressed a wide range of human service issues, including mental health, health care, criminal justice, and public welfare. Dr. Reamer has conducted extensive research on professional ethics and has been involved in several national research projects sponsored by The Hastings Center, Carnegie Corporation, Haas Foundation, and Center for Bioethics of the University of Pennsylvania.

ROBERT P. LANDAU, JD, is a shareholder at the law firm of Roberts, Carroll, Feldstein &Pierce, Inc. in Providence and was the co-leader of the firm’s Healthcare Group from 2012 through 2016.

Mr. Landau is a seasoned litigator who focuses his practice on defending mental health professionals, hospitals, physicians, nurses, dentists, and other health care providers in professional malpractice lawsuits and disciplinary proceedings. He has extensive experience representing social workers, mental health counselors, psychologists and other professionals before their licensing boards, frequently obtaining findings of no unprofessional conduct or administratively closing investigations. He has successfully represented clients in the state and federal courts of Rhode Island and Massachusetts.

Mr. Landau has had numerous jury trials with a significant number of defense verdicts. In addition to trying cases to juries, he handles any appellate issues that arise from his matters. He has appeared regularly before the Rhode Island Supreme Court and has a number of reported decisions. In those instances where a trial is not the best course of action, Mr. Landau has extensive experience in alternative dispute resolution. His presentations to mediators and arbitrators help clients resolve cases on favorable terms.