Death, Dying & Bereavement: New Strategies for Clients & Their Families to Find Meaning at the End of Life

Death is inevitable. Looking into the face of death is one of the scariest and most emotional battles that your clients will ever have to go through. Are you ready and able to guide your clients through their death, or the death of a loved one?

Join Ligia M. Houben, MA, FT, FAAGC, CPC, CHT, and she’ll walk you through how to best help your client and your client’s family cope with dying and bereavement. You’ll learn new techniques for processing and normalizing grief, as well as strategies to help your clients create meaningful rituals and get the most out of their hospice care.

You’ll finish this recording having gained new insights into the needs of the dying, including the emotional need to have difficult conversations with family members who may not yet be ready to accept that their loved one is dying. You’ll obtain new tools to address death anxiety and learn how culture and spirituality shape your client’s end-of-life experiences.

Purchase today to transform the way you treat clients struggling with death, dying and bereavement.

Continuing Professional Development Certificates - PESI Australia, in collaboration with PESI in the USA, offers quality online continuing professional development events from the leaders in the field at a standard recognized by professional associations including psychology, social work, occupational therapy, alcohol and drug professionals, counselling and psychotherapy. On completion of the training, a Professional Development Certificate is issued after the individual has answered and submitted a quiz and course evaluation. This online program is worth 2.25 hours CPD. 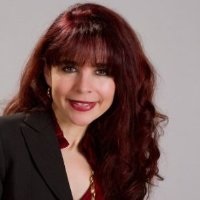 Ligia M. Houben, MA, FT, FAAGC, CPC, is a Fellow in Thanatology and a Fellow of the American Academy of Grief Counseling. Ligia is an international grief specialist and author, and she has devoted her life to help others transform their losses and their lives. A pioneer in working with Hispanic people and grief, Houben is the author of Counseling Hispanics through Loss, Grief, and Bereavement: A Guide for Mental Health Professionals (Springer, 2011). Ligia has presented about the needs of Hispanic people in times of loss on many occasions, including to the Association for Death, Education and Counseling (ADEC), the Baptist Health System and the International Death, Grief, and Bereavement Conference at the University of Wisconsin, La Crosse.

Ligia M. Houben is a former adjunct professor of Florida International University, Miami Dade College, and Kaplan University, where she taught courses on ethics, religion, and death and dying. She is the founder of My Meaningful Life, LLC. and the Center for Transforming Lives in Miami, Florida. Ligia has delivered her message to audiences ranging from corporations, educational institutions, and health care organizations, including Baptist Health System Florida, Jackson Memorial Hospital, University of Miami Hospital and Vitas Healthcare. She has appeared on numerous radio and television programs, airing on networks such as CNN Español, NPR, NBC, and Univisión.

Speaker Disclosures: Financial: Ligia Houben is the Founder and Director of The Center for Transforming Lives. She receives a speaking honorarium from PESI, Inc.

Non-financial: Ligia Houben has no relevant non-financial relationship to disclose.

THE DYING PATIENT & THEIR FAMILY SYSTEM

PREPARING FOR THE END OF LIFE