Couples on the Brink: When Is Enough Enough?

We’ve all encountered couples for whom therapy is a last-ditch attempt before calling it quits. But how do we, as therapists, decide whether to throw our weight behind the relationship or let it end? This session explores the impact our own values, childhood experiences, and old family roles have on how we help couples answer this momentous question. Through case histories and discussion, you’ll focus on:

Continuing Professional Development Certificates - PESI Australia, in collaboration with PESI in the USA, offers quality online continuing professional development events from the leaders in the field at a standard recognized by professional associations including psychology, social work, occupational therapy, alcohol and drug professionals, counselling and psychotherapy. On completion of the training, a Professional Development Certificate is issued after the individual has answered and submitted a quiz and course evaluation. This online program is worth 3.5 hours CPD. 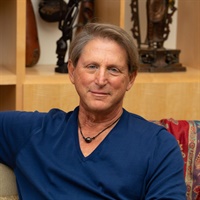 Terry Real, LICSW, is an Internationally Recognized Family Therapist, Speaker and Author. Terry founded the Relational Life Institute (RLI), offering workshops for couples, individuals and parents around the country along with a professional training program for clinicians wanting to learn his RLT (Relational Life Therapy) methodology.

A family therapist and teacher for more than 25 years, Terry is the best-selling author of I Don’t Want to Talk About It: Overcoming the Secret Legacy of Male Depression (Scribner), the straight-talking How Can I Get Through to You? Reconnecting Men and Women (Scribner), and most recently The New Rules of Marriage: What You Need to Make Love Work (Random House). Terry knows how to lead couples on a step-by-step journey to greater intimacy – and greater personal fulfillment.

A senior faculty member of the Family Institute of Cambridge in Massachusetts and a retired Clinical Fellow of the Meadows Institute in Arizona, Terry has worked with thousands of individuals, couples, and fellow therapists. Through his books, the Institute, and workshops around the country, Terry helps women and men, parents and non-parents, to help them create the connection they desire in their relationships.

Terry’s work, with its rigorous commonsense approach, speaks to both men and women. His ideas on men’s issues and on couple’s therapy have been celebrated in venues from “Good Morning America”, “The Today Show” and “20/20”, to “Oprah” and The New York Times.

A proponent of “full-throttle marriage,” as described in The New Rules of Marriage, Terry has been called “the most innovative voice in thinking about and treating men and their relationships in the world today.”

The New York Times book review described Terry’s work as: “A critical contribution to feminist psychology (that) brings the Men’s movement a significant step forward.” Robert Bly hailed it as “moving onto new ground in both story and song. Exhilarating in its honesty.”

Terry’s Relational Life Institute grew out of his extensive and empathic experience. He teaches people how to make their relationships work by providing products and services designed to teach the principles of Relational Life™, so that everyone can enjoy full respect living and craft a healthy life legacy.​

Non-financial: Terry Real has no relevant non-financial relationship to disclose.